Now, the VOA Learning English program Words and Their Stories.

On this program we explain common expressions that we use in everyday life.

The world celebrates Earth Day every year on April 22. It is a day to think seriously about how our lifestyles and daily habits affect the earth.

Well, today we celebrate our shared Mother Earth with a show about earth expressions. To which, you might say, "What on earth took you so long?!"

Well, we think every day should be earth day! 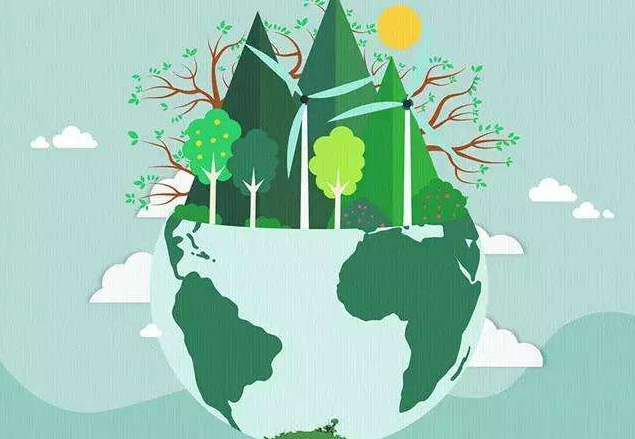 So, let's start with the simple yet common expression on earth. We use "on earth" to make strong feelings like surprise, shock, anger, disgust even stronger. And we use it a lot.

Here are some examples.

How on earth am I supposed to read this entire book in one night?

What on earth are you cooking? It smells awful!

Why on earth didn't you come to the party? It was awesome!

I did not know what on earth she was talking about.

We often use "on earth" in connection with choices.

For example: "Why on earth are you going to the dance with him! He has a police record! You should go with a nice guy instead."

The earth sometimes comes up when a person wants to make big promises to someone they care about.

Now, there is a wide mix of places on Earth: oceans and deserts, jungles and plains, valleys and mountains. Some places are, at times, easier to live in than others. And the word "earth" comes in handy to describe them.

We could call a place that is beautiful, peaceful with endless natural resources a heaven on earth.

However, "heaven on earth" could describe any place that has everything a person needs to be happy. Let's say you love books and reading above all else. A well-stocked library would most likely be your heaven on earth.

But maybe you prefer being outdoors. A perfect outing for you would be hiking in the mountains and swimming in a clear lake. That would be your heaven on earth.

Unfortunately, there is also a hell on earth.

A "hell on earth" is a place or situation where things are so bad you feel as if you are in, well, hell. A war zone or a place destroyed by a natural disaster can become a "hell on earth".

But you probably know this already. It is hardly earth-shattering news.

We use "earth" in many expressions that describe not only places, but people.

Down-to-earth people are reasonable and dependable. We can also call them grounded, an adjective that goes well with the word "earth." Flighty people are the opposite. You can't depend on them. They change their minds often and are very unpredictable.

The expression salt of the earth comes from the Bible, the Christian holy book. It describes a very good person. For example, my neighbors are always helping out people in need. I can call them salt of the earth type people.

Now let's hear some of these expressions used in a conversation between two co-workers.

A: Where on earth have you been?! I haven't seen you for weeks!

B: I was on vacation. And it was fabulous!

A: Lucky you. Where did you go?

B: I vacationed on a beautiful tropical island. For two whole weeks, I was surrounded by bright white sand, sunny skies and a calm blue ocean.

A: Well, the office was short on staff. So, I had to stay late every night.

B: Oh. That sounds awful.

A: It was hell on earth.

A: First, I would check in with Rashma. She was promoted while you were on vacation.

A: Well, it's hardly earth-shattering news. I mean, she is the hardest-working person here.

B: That's true. I just thought that Angie would have been promoted first. She's so down-to-earth and everyone likes her.

A: Oh, Angie's great -- a real salt of the earth woman. But Rashma has moved heaven and earth to help this company.

B: That's true. Why on earth she's still here is beyond me. I thought she would have her own company by now!

We will end this program with one more "earth" expression. When you promise someone the earth, you promise to give them whatever they could possibly want. Naturally, we use this in an exaggerated way. No one can give another person the earth!

You know, if I write a country song, I already know what I'll name it: "He promised me Earth, but all I got is dirt."

And that's the end of Words and Their Stories. I'm Anna Matteo.

How do you use "earth" in your language? Let us know in the Comments Section.